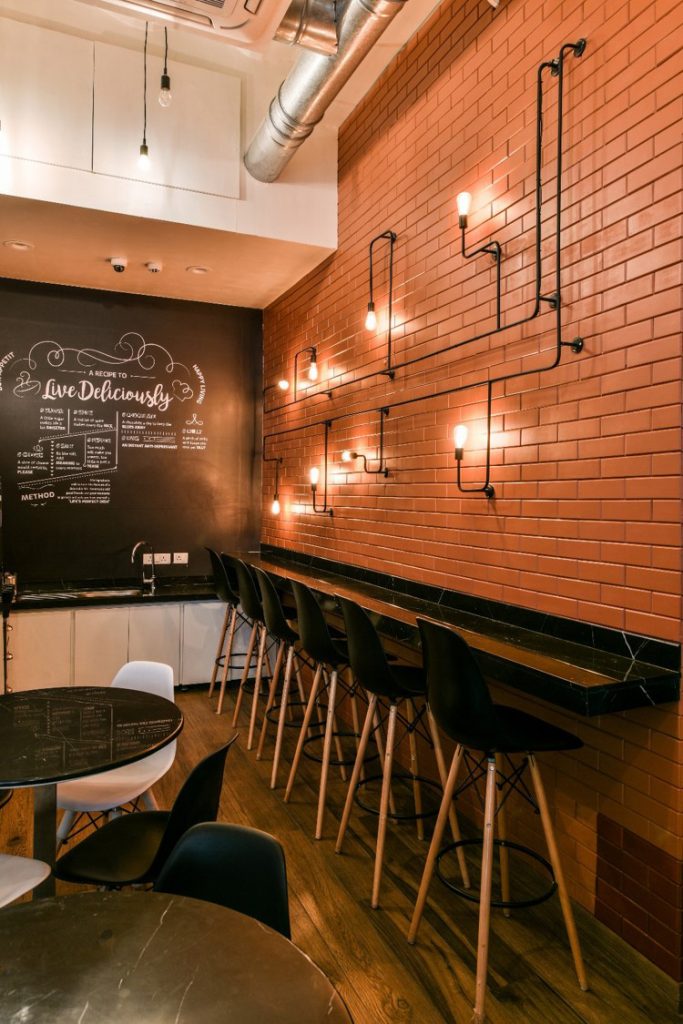 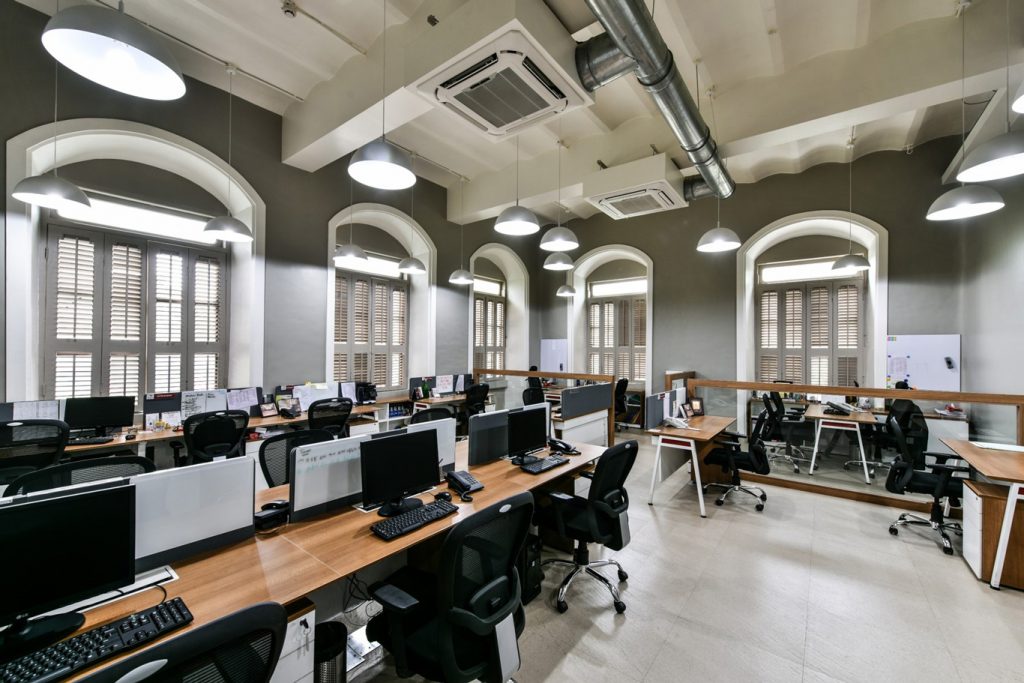 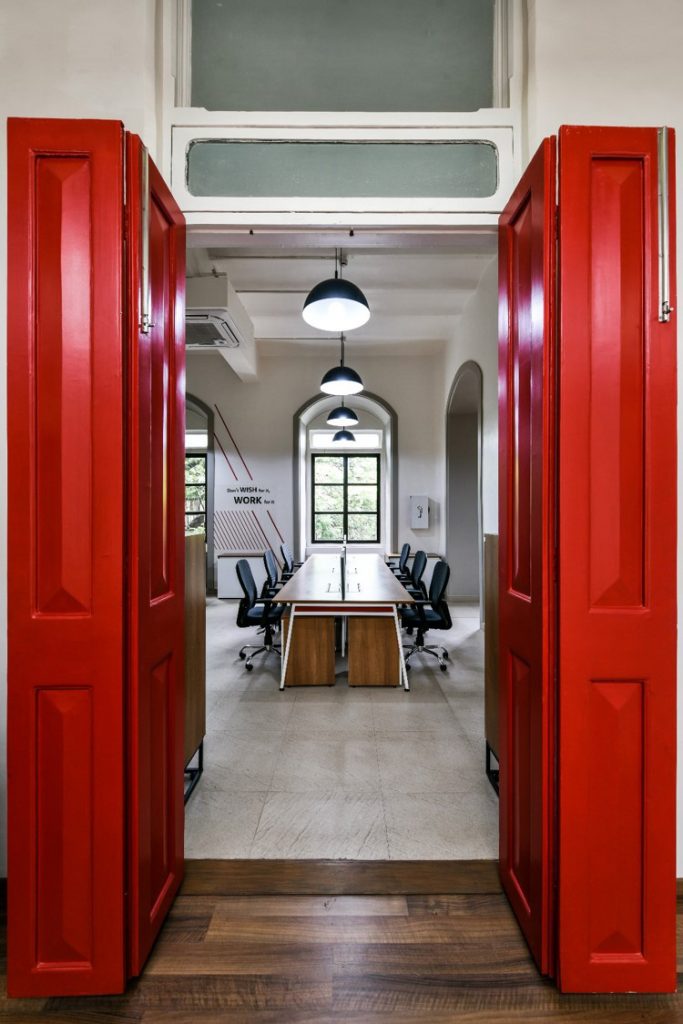 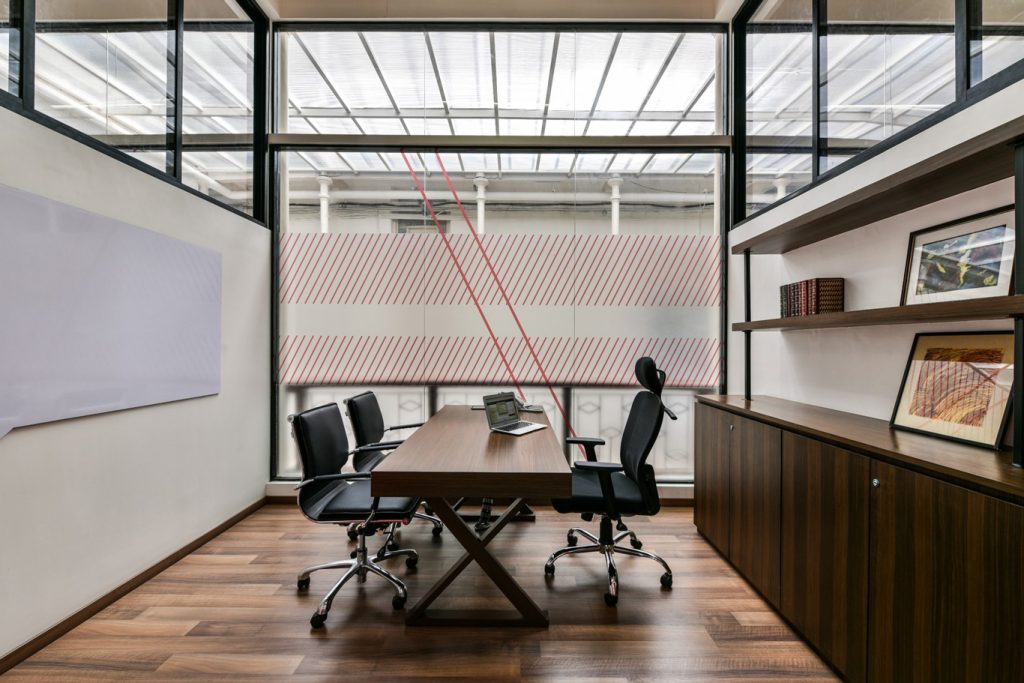 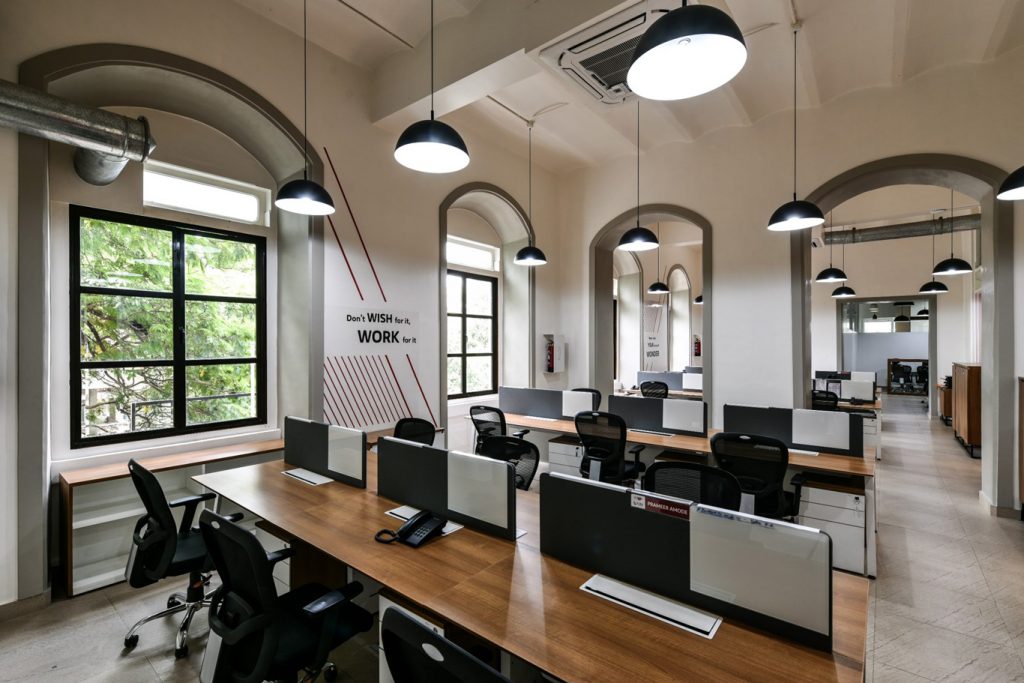 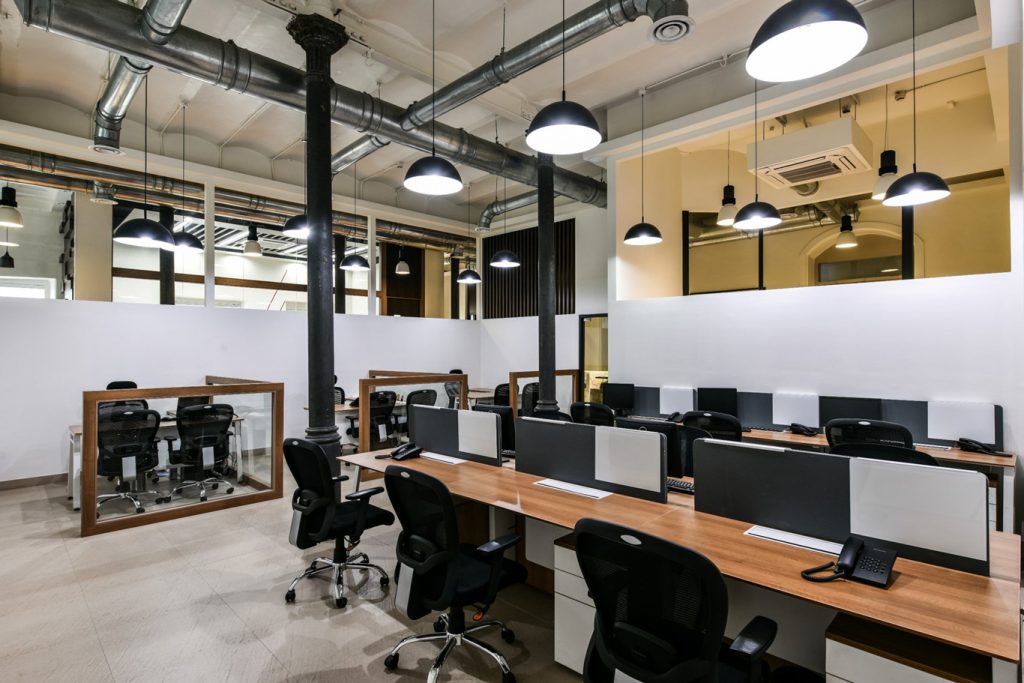 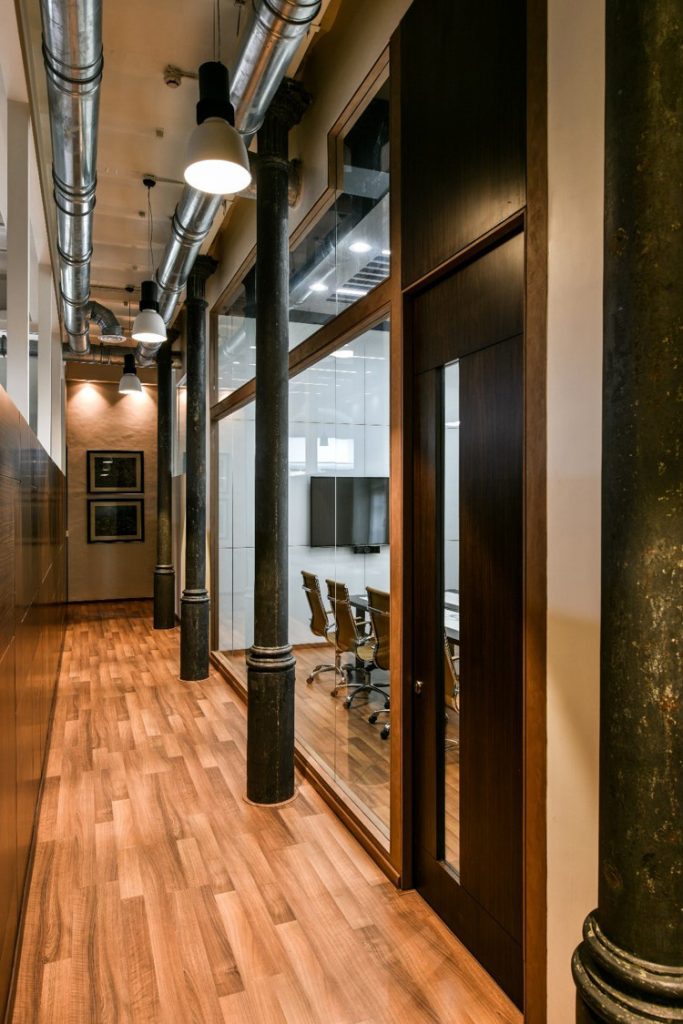 Client Brief and Expectations: Respect the architecture of the building and design the office interiors to accommodate all client requirements

Challenges: Office premise was in an old building contributing to the heritage of the city.

Client took up a space in a 126-year-old neo-colonial building called ‘kitab mahal’. This building was constructed in 1890 by a British architect, is on DN Road, a stretch that has come to be known as the Heritage Mile since it is home to several century-old neoclassical structures—including the famous Chhatrapati Shivaji Terminus (CST) and the Brihanmumbai municipal corporation building.

With such Architectural heritage comes Great responsibility for the design team to deliver work that lifts up the interior of the space and yet blends into the Architecture of the building.

Team Alcove did absolute justice to the Architectural Interiors of this office in a way that its heritage is celebrated rather than incidental and thus contributed towards the conservation of such awe inspiring and nostalgic Architectural space.

As a very first step, the team of designer’s took upon themselves a pseudo responsibility of conservation alongside performing the role of interior designers for their client. The very first activity that was planned was to scrape off the unwanted cladding materials which were left behind by multiple tenants of this premise and bring the Architecture back to its glory. Hence, Cast Iron columns which were cladded with layers of materials by previous tenants of this space, was all scraped off, exposed for appreciation and by giving some chemical treatments brought back to its original glory of holding the load of this massive structure.

Rafter’s in the ceiling which were holding the slab above were vulnerable to any major construction activity and puncturing it. Even the stone walls could not take massive drilling. Yet for the office to meet with all its modern requirements it was essential to bring in innovative ideas of execution. Hence all the services were exposed and even the copper piping and drainage of the Air Conditioners were taken into circular ducts that were specially designed and created for this purpose. All electrical cables were taken into G.I. conduits and with very minimal interventions of drilling, an entire exercise of all the services was planned and executed.

Grand arches, beautiful arched windows and sky light flowing in through the atrium were celebrated in the interior space. Colour was very carefully introduced, hence, the arches got defined bringing in the charm of the era that this building had survived and massive doorways were given a strong red colour which enhanced the volume and overall experience of the space.

When one would enter the office, they would be greeted with an interesting flooring pattern created using three natural marbles and a wooden flooring area on one side which defined the client contact area which was required by the client. Every piece of furniture within the office was customized and built-to-suit the environment.

Wearing two hats, one as Interior Designers and second as responsible Architect’s for conserving the building, Alcove revived and recommissioned an Architectural space and converted it into a suitable modern office for their clients.